Jessica is the daughter of Founder, David Collins. She and her husband Peter took the mantle of stewards in 2018 from Paul & Bunty to bring the OBC to a new generation. Their vision is to propel the fulfilment of the great commission to teach the gospel areas where traditional methods won’t work. 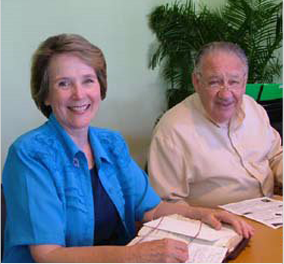 Paul & Bunty Collins have been active in ministry for over 50 years and have extensive experience on the mission fields of South East Asia, seeing thousands respond to the Gospel. They have held leadership training, short-term schools in numerous countries, such as Australia, Thailand, Philippines and Hong Kong. In 1980, at the height of the great harvest in Indonesia, they trained 10,000 new pastors which contributed a major impact upon the church in Indonesia 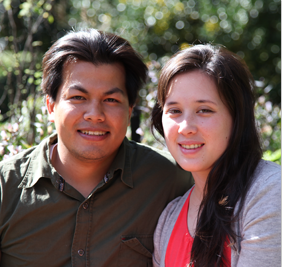 Karenna and Dakhota were married in 2012. Together they continue the ministry in Chiang Mai, Thailand with a strong vision for evangelism, teaching and discipleship training. They are the OBC Directors for Thailand including the OBC Thai Campus. 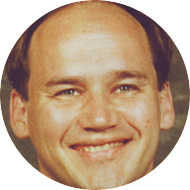 God charged David with creating a boundless platform to share the Word and convicted him to have no barriers to entry. As such, the Online Bible College was birthed. Over the years David grew a team and grew the platform. His life cut short and went with the Lord in 2007, and the OBC was passed on to his parents. His legacy lives through the studies.

David had spent his whole life travelling with his family, teaching and sharing the gospel around Australia, the Philippines, Thailand, Burma and, finally, Hong Kong, where he met my mother and I grew up.
Travelling had taught him one thing: There were always people hungry for the Word of God. He also loved technology. Both passions intersected, and he knew that one day, using the internet, he would teach and evangelise because one day, the internet would be accessible to everyone. Right now, it was still in its infancy. In the very same year Google launched, Apple released their multicoloured iMacs and AOL was the hottest internet provider.

Dad’s mission is simple: to reach the whole world with quality, in-depth teaching designed to ground the student in the Gospel. The first Bible College for the digital age.

In one year, OBC takes off. Students are enrolling and love the freedom to study the courses at their own pace and depth. David moves into an office with his team, which includes his wife and his parents. He hires teachers to speak with students. The team develops partnerships with physical Bible colleges to allow students of OBC to earn accreditations after completing courses.

One night, God speaks to David: ‘Freely you have received, freely you shall give’. David knows this means removing the enrolment fees charged to students. This marks a new season of OBC. Despite this being the only source of income for his staff and his growing family of three young children, he chooses to step out in faith.

The effects are immediate. Enrolments surge across the globe, graduates from Myanmar want to start a live school, almost 1,000 students graduate in one year and David and his parents juggle fundraising and development. OBC is growing despite the financial strain, and it is clear the Lord is providing.

Nearly seven years pass, with David working non-stop. Looking at the photos, he is a different person. And particularly noticeable is his loss of weight. I remember him commenting on his constant tiredness. He decides to see a doctor.

The doctor tells him that he has terminal cancer.

I am blown away by God’s faithfulness throughout the seasons

Join 50,000 students around the world preparing their lives in the Lord's service to minister

Our faith is the foundation upon which our life is built. In Matthew 7:24, Jesus declares:

“Therefore everyone who hears these words of mine and puts them into practice is like a wise man who built his house on the rock.”

In a similar vein, Paul wrote in 1 Corinthians 3:11:
“For no one can lay any foundation other than the one already laid, which is Jesus Christ.”

We believe that there is but one God, omnipotent, omniscient, omnipresent, who is the Creator and Sustainer of all things visible and invisible, revealed in three Persons – Father, Son and Holy Spirit.

We believe in God the Father, the Ancient of Days, who is not aloof from human history but who, through various covenants, has initiated relationship with mankind, and to whom we have now been reconciled through the sacrifice of Jesus Christ upon the Cross. Because of Jesus Christ, we too can now call God “Father.”

We believe in the Lord Jesus Christ, His deity, His virgin birth, that He died, was buried and on the third day rose back to life, that He ascended to heaven and is now seated at the right hand of the Father. We believe that He is the eternal Son of God, for whom and by whom all things were created.

We believe in the divine inspiration of the Holy Scriptures, as contained in the Old and New Testaments of the Bible, as the sole revelation of the mind and will of God, and we accept them in their original form as the divine Word of God.

We believe that the Devil, through temptation and deception, initiated the downfall of man and now seeks to destroy the faith of every believer in the Lord Jesus Christ and to hinder the further spread of the Gospel of salvation through Jesus Christ.

We believe that it is impossible to attain salvation through self-effort, but that through simply believing in the atoning death and resurrection of the Lord Jesus Christ and in acting out that faith through receiving Jesus Christ as Lord and Savior, we receive the remission of all our sins, reconciliation with God and the gift of eternal life. We hold that the believer has an eternal salvation secured in Christ

We believe in fulfilling the command of Jesus to baptize believers into the Name of the Father and of the Son and of the Holy Spirit and that this baptism is symbolic of our death, burial and resurrection with the Lord Jesus Christ in His redemptive work on the Cross.

We believe it is the glorious privilege of every believer in Christ to be made pure in heart and wholly sanctified by the operation of the Holy Spirit through the blood of Christ and the Word of God. A believer cannot be justified by works, but evidences that justification through works empowered by the Holy Spirit.

We believe, in accordance with the command of the Lord Jesus, that we should celebrate this ordinance in remembrance of the atoning work of Christ and as an act of fellowship together.

The Return of Christ

These are the special characteristics which flavour the lesson material and ministry approach of the Online Bible College:

The Centrality of the Gospel

We believe that the Gospel of the Lord Jesus Christ must be central to all church teaching and activity. The Gospel is a “whole Gospel for the whole Christian life.”

The Gifts of the Spirit

We believe in the empowering of the Holy Spirit for service and the present day operation of the gifts of the Spirit, as described in 1 Corinthians 12:7-11.

The Ministry of Every Believer

We believe that every believer, regardless of race, gender or educational status, is called by God to participate in His glorious purpose. We are all “full time” in the ministry, even if we have a secular vocation, and to this end, each believer has a unique mix of ministry gifts, as determined by the Holy Spirit.

The Unity of the Body of Christ

We believe in the indivisible unity of the Body of Christ, established solely upon the foundation of the Gospel of Christ. We believe that God is bringing His Body into a practical expression of unity, as described in John 17:20- 23 and Ephesians 4:13

The heart of Online Bible College

All OBC courses are free of charge and have taken years to craft. Our Motto is the word of Jesus, “Freely you have received, freely give”.

If you desire to help in anyway to expand this worldwide ministry you can contribute via this link. 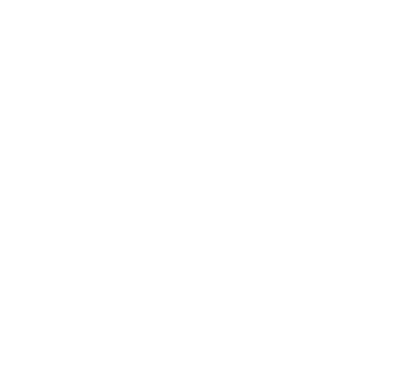